Blue Zone  is really the centre of the Holiday Park during the high season and ideal for large groups.  Closed during the low season, March – October.

It hosts the park’s recreation area with beach volleyball and petanque courts and enough space to have a game of football with fellow campers.

Our Amphitheatre and events marquee, where we have live entertainment during the peak summer season, are also located in this area.  There are a number of terraced camp site areas and trees to shelter you from wind and sun.

This zone is mainly used during the busy peak season as well as for large groups attending events such as the Henry Ford Show Nelson and Heslop’s Motor Home Show.  Closed during the winter months. 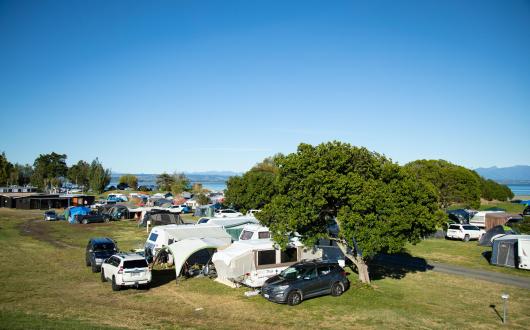 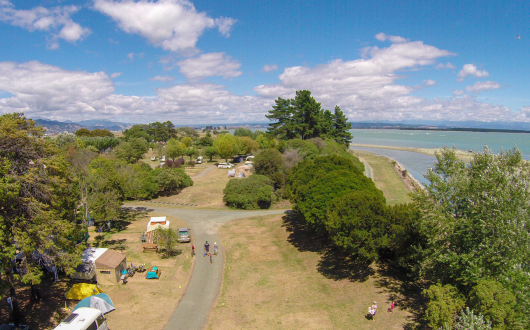